This is the End . . . Preparing for the End of the Road with Windows XP 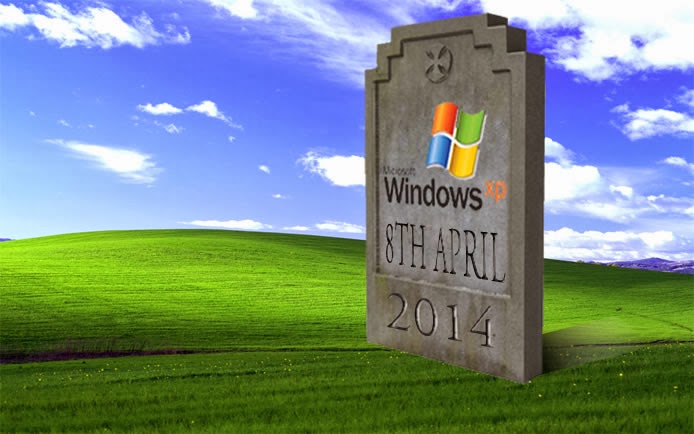 With D-Day quickly approaching for Windows XP, it seems we have come to the end of an era. Since 2002, XP has dominated the PC market, and even today, it accounts for 29% of current operating systems in use.  And with that, we here at STG would hate to see our friends be stuck with vulnerable computer. Here’s what you need to know:

·      On April 8th, 2014, Microsoft will be pulling all it’s resources for Windows XP, including security fixes, vulnerability patches, and software updates.

What does that really mean?  Well, this could be dangerous for your data on day one.  Hackers could be sitting on a new exploit just waiting to strike when they know there's no update coming.  You'll be vulnerable, and unless some third party starts patching Windows XP for the remaining holdouts, you're going to stay vulnerable.

What options does that leave you?  Well, you're basically left with two: upgrade to a supported operating system or buy a computer with one.

Chances are your computer doesn't warrant an upgrade, but on the off chance that it can handle a modern OS, you can purchase a copy of Windows 7 or 8 in the $120 ballpark.  If you've neither the desire nor inclination to install a new Operating system, you can of obviously hire someone to do it for you or buy a computer with the latest OS (typically Windows 8) already installed.
If you are thinking upgrade, you'll want to make sure your PC meets the minimum requirements:

Look, your precious XP system won't just magically cease to function one tragic day in April.  But you already know that old PC is starting to lag.  It can't properly support the faster, modern hardware of today and virtually no new software is being written to support XP either.  Even with the chance of a massive strike against remaining XP systems by hackers being more or less the same as April 7th, it's time to let go, and you know it.

Just like with waiting to pay your bills at the very last moment or forgetting about a traffic citation, the consequences can become a huge headache. This isn’t the end of the world, but just like ignoring that warrant to appear, you're much better handling it before it becomes a problem.

To go over what we just covered, here’s a short list of things you can do or mull over before you decide:

Stock is for suckers, make mine Custom! 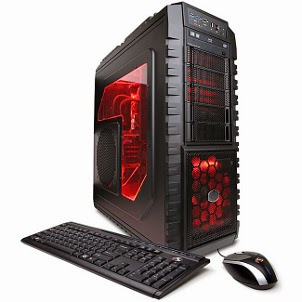 Ever hear the phrase you get what you pay for?  Well, when shopping for a new PC it couldn't be more true.  Gone are the days when you could get a custom built PC from a little shop around the corner for half the price of one from a major manufacturer at a big box store.  The big boys moved their operations overseas, and started using far cheaper, lower quality components to crush their mom-n-pop competitors.

What you, dear reader, were left with was an inferior product at only a small discount, if any at all.  Now you should Rage against the Machine, escape corporatism and maximization of profits from this industry by opting for one of many sweet custom-built computers. With you in mind, the benefits of these hand-built beauties heavily outweighs the competition.

Complete control over the components that make up each custom build is key. Never again do you have to sacrifice quality in order to receive the same parts you would building your own computer. Not only that, but down to the motherboard and case, you can pick and choose the components you need, not receive what the company thinks would be best.

Keep in mind, each and every computer manufacturer can and will cheap out on certain portions of a computer they sell you. It's absolutely a guarantee that the motherboard, power supply, and RAM in a major manufacturer's PC is the most mediocre component they can source at the cheapest prices.  Definitely not the case when you build from scratch.  Preventative measures can be taken when the computer is built to prolong the life of any computer. With pre-built desktops, you’re going to see components that mismatch in reliability with the other pieces to the computer, leading to planned obsolescence.

From the very beginning of the custom built process, the entire computer is built with you in mind. Ever wanted a lit up case, drowning in blue or red lights, shining in the night like some sort of ghoul? You can have that done. What goes into the computer is built around your needs and what could be needed in the future. Let's not forget the Operating System.  Pretty much every new PC comes preloaded with Windows 8 nowadays.  With a custom build, you can get Windows 7, no problem.  Heck you even want XP or Vista (although who in their right mind would), they're yours for the asking.  And you always get a clean install without the bloatware pre-installed as major manufacturers feel is some sort of preordained necessity.

So whether it’s your need for power, speed, or reliability, custom built PC’s are the way to go. With the whole process being about you, is there really any question about which to go with? Not only do you choose the case and what goes inside, but you get the satisfaction of a clean and neat build, with easy upgradability, and a sense of control you're not going to get from an assembly line PC.

Now if you need a little help getting yourself into one of these beauties, I know just the guys.