The Nastiest of Viruses - the SST Rootkit

Viruses are getting particularly nasty these days. They've become a big business, and that's a big reason why they're getting more and more prevalent. Just recently a hacking group collected $14 million dollars in advertising revenues by infecting over four million unsuspecting users.  Just read THIS and you'll see what I'm talking about. This type of virus-for-profit scam isn't going anywhere, and you holier-than-thou Mac users aren't immune either.

We see them here all the time in the garage, and while they are an annoying part of computer ownership, they're generally removable.  They normally start with some sort of legit looking alert telling you your computer is infected, hard drive is failing, and the world as you know it is crumbling.  Something that probably looks like this: 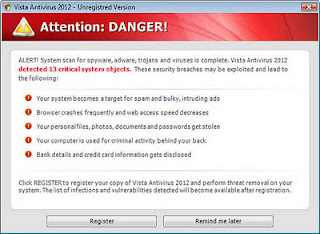 But fear not, this magic popup will lead you to believe it has the cure for what ails your computer.  It's lying.  It has no cure.  It is the disease.  The only thing it will cure is your credit card of it's available credit limit.  So just for the record, there is nothing on your computer that will ever ask you for your credit card outside a secure web browser.  Nothing.  If something does, it's fake, and it's going screw you over.  Trust me on that.

Now getting this first thing off your computer is generally fairly straightforward.  Reboot your computer in Safe Mode, run Malwarebytes or something similar of your preference, and it'll most likely nab this most obvious part of the infection.  But what it'll miss is the most insidious type of virus: the boot sector virus.

The boot sector of your hard drive is what actually tells your computer how to start up and load Windows.  If a virus resides there, it generally will get overlooked by most types of basic scanners and simply block many removal tools from getting at it.  So what can you do?  Well the most common one we've seen here repairing computers in Los Angeles come from the SST rootkit family. The latest variant, the SST.BOOT.ROOTKIT.B virus is a persistent sucker and getting rid of this one can be tricky.

There are two methods we've found capable of removing these SST viruses from our good friends at Kaspersky Labs.  The first, and simpler, method is to use their root kit remover TDSSKILLER.   Download the utility on another computer and copy it to a flash drive.  Change the name of the tdsskiller.exe to something random (the virus can oftentimes neutralize known removal tools based on the filenames), reboot the infected machine in safe mode, and attempt to run TDSSKILLER.  If successful, it'll say it found the rootkit and successfully removed it, and a reboot is required.  If this doesn't do the trick, the next step would be to try the Kaspersky rescue disk.  Burn the image to CD/DVD or to a flash drive, boot the infected machine off it, run the quick scan, and it should and clean the rootkit.

The bottom line is Viruses aren't going anywhere anytime soon.  In a connected world, it's just par for the course that scammers are going to try and make a buck off you.  Get yourself a good antivirus product, keep your system up-to-date, and practice common sense when online. 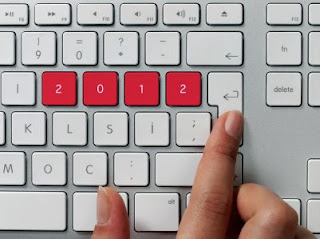 So with the New Year upon us, many of you are feverishly racing to the gym, clearing out your garage, or telling yourself you'll finally start actually caring about your mundane office job. Well those are all valiant wishes, but let's face it, the over/under on them all is around February 15th.
So when it comes to New Year's resolutions, count on your old pal Stan to throw some low hanging fruit your way. You know I've got you all covered when it comes to computer repair in Los Angeles, and today I'm gonna take it one step further. That's right dear reader - I'm giving you some Tech Resolutions for 2012!

Let's start with the basics. If you're running an obsolete old computer, it's time to put it out of it's misery. Not sure? If you suspect it to be obsolete, it probably is. Need a litmus test? If you've got a Windows XP PC or a PowerPC Mac, it's time to stick a fork in it. Retire the old POS. We'll be happy to help you transfer the data. Let it go. Life's too short to wait around for an old computer.

TABLET TIME. Come one, you know you want one. You've been eying it. You may have even touched one. You've convinced yourself it's no big deal. But, secretly, you've been craving one and 2012 is the year to make it happen. Whether you're into Apple, Android, Amazon, or Windows, there's something out there for you. Get one now. You can thank me later.

Back it up, back it up, back it up. Repeat this mantra until you actually go out and get yourself a solid backup plan. Either online or local, preferably both. Back you stuff up and you won't be one of the countless folks who show up at our shop on a regular basis crying over an unrecoverable hard drive. Do it now. Do not pass go. Do not collect $200.

Get your Internet connection right. Your Internet access is like being in love - if you think it's slow, then it's soooooooooooooo slow. Call your existing provider - you don't know how many customers I've gotten speed upgrades for free simply by calling. You could be stuck on a legacy plan that's long since been upgraded, and all you have to do is ask. Or if you're in a spot where DSL speeds simply can't touch cable, it may be time to switch. And while you're at it upgrade that old router - it simply can't handle the high speed wireless networking that new computer you resolved to get craves.

And finally - take some time to learn, really learn how to use that computer. Take a class, ask a friend, read a book, read my blog, email me, whatever. But get an idea about what you're working with. The capabilities are endless. Really figure out how to use Google - all the answers are there. No seriously - regardless of the computer problem you're experiencing - a simple Google search will undoubtedly yield hundreds of results leading you to the answers you seek. Try it out. It's really revolutionary.

So there you have it folks - the easiest bunch of New Year's Resolutions you could ever ask for. So take my advice and start the New Year off right with some brand new tech. In 2012, with God as my witness, you'll never have to wait around for your computer again!