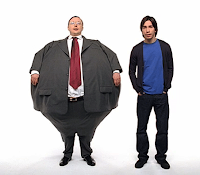 Ah Windows 8, when it's all said and done and everyone's gleefully praising Windows 9, I'll look back at you and think, "You were just misunderstood."  You see, for all the public backlash against the new "Windows Interface," the rest of the operating system is actually pretty solid.  One of my favorite new features is the simplicity of a clean install and by extension, removal of all that typical, preloaded bloatware.

Windows 8 computers take advantage of having their activation key tied to the new EFI BIOS these new computers utilize.  I won't bore you with the details, but what it basically means is that new PC has an activation key tied to the inner workings of the computer itself.  That's right - no more lengthy activations keys, trying to decipher them from the underside of the laptop, or drawn out calls to the Microsoft activation center.  This also means no "borrowing" Windowskeys from those license stickers on every new PC - they just ain't there no mo.

The biggest benefit of this latest licensing method is it make it super easy to boot your new computer for the first time off a Windows 8 flash drive or DVD and completely wipe out all the crazy pre-installed "customizations" from the manufacturer as well as more disk partitions than a Japanese Bullet Train.  Really guys?  Do we need all of these: 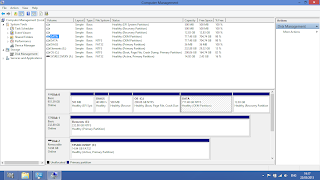 So the big secret here, is there is no big secret.  You do a reinstall.  Now because Windows 8 is already pre-licensed at the BIOS level, ANY legit copy of a Windows 8 installer will automatically recognize the version and license key associated with your PC.  Plus, Win 8 installs faster than any version of Windows to date.

Now in the not so distant future, this can get a little more burdensome.  With Windows 8 relatively new, the majority of the hardware on the computer is going to get automatically recognized either by the install media or Windows Update.  Once new network adapters get introduced, it's going to require you finding the necessary drivers, but that's not exactly rocket science and to get rid of 40+ extra running background processes running on a typical out-of-the-box installation, a small price to pay.

Now get rid of UAC and install startisback, and you've got yourself a pretty solid new PC!