World Backup Day Has Arrived!!! - Can you feel the Excitement? 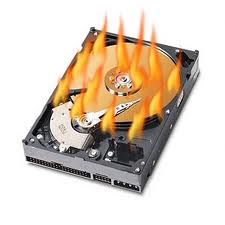 Nothing, and I mean nothing, gives my Los Angeles computer users a panic attack like the thought of backing up their data.  Seriously, it's like Tony Soprano watching a flock of ducks fly out of his pool.  It's one of those things that's so fundamental to having a computer, and so many simple ways of making it happen, it makes people's heads spin.  If I had a nickel for every repeat offender who walks into the shop with a failed hard drive and says, "Yeah, I had my hard drive fail once before and spent over a grand on a recovery," well, I'd have a bunch of nickels.  I mean after shelling out a ton of dough on a major data recovery, why on earth would you bother backing up?  That's just ludicrous.
But anyway the good folks over at World Backup Day are trying to spread the word that backing up is simple, affordable, and you have no excuse not to do it.  So there's a movement afoot here people, on March 31st you need to get moving on that long standing initiative, join in on all the excitement, and back that thing up!  Don't do it and you may just wind up an April Fool!  Have I convinced you yet?  No?  Awwwwww, Sad Face :(.

Look there's nothing sexy about backup.  It's about as exciting as watching paint dry.  But you know when it gets sexy? Yes, you guessed it, when your computer craps out on you and you get to smugly tell the computer repair guy, "Oh yeah, I've got everything backed up," which roughly translates to: "hell no you're not going to squeeze me for an expensive data recovery."  That's pretty hot right?  Yeah, I thought so too.

Look regardless of operating system, Mac, Windows, Linux, or whatever - there's an easy, and typically free backup solution available to you.  If nothing else - I'm a fan of two things:  Free and Easy.  I'm not going to rehash the numerous ways you can get a backup done, but if you're interested you can check out this post I did about backup some time ago.  It's a great read if I say so myself.

The bottom line is that I don't like sad people.  Sad people quickly become angry people.  Angry people get all bent out of shape when they're told their data is gone unless they pay a whole lotta money to get it back.  And I, for one, don't like those kinds of uncomfortable moments.  So in exchange for these invaluable tidbits I share with you guys, please, just back it up.

Trust me on this one.