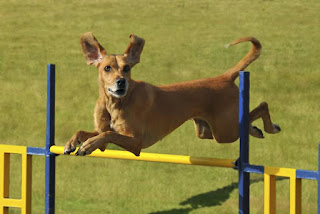 Happy Leap Day Everybody!  Since this event only comes along once every four years, I figured we should do something special today.  So this being a once in every four years thing, I can totally commit to make this a tradition.  So without further Adieu, here's the Stan's Tech Garage exclusive list of 29 musings a guy doing computer repair in Los Angeles thinks you may find useful.

1. Free Anti-Virus.  You're a grown up.  Been around the block a few times.  So what on earth makes you think a free anti-virus is a good idea?  It's not.  We've looked at all of them and outside of Microsoft's Security Essentials, they're a bunch of bloated and mostly ineffective applications that are just trying to bait you into buying their full versions.  Get a paid commercial anti-virus program. You'd better believe it'll be less expensive than the virus removal you'll be saving yourself from later.

2. Tablets replacing Computers.  Someone told be they're waiting for the iPad 3 so they can get rid of their old PowerBook G4 because they heard it's "great for banging out scripts," or some similar nonsense.  It may be, but to no greater extent than the iPad 2, iPad 1, or any other tablet for that matter.  Tablets were never meant to replace their traditional brethren.  They're an additional device of convenience for quickly accessing common function via either Web Browser or App.  They have limited capabilities that make them far less effective than even the simplest computers of today.  Bottom line, Apple didn't get rich by having you dump your $1200+ laptop for a device that's less than half the price.  You'll ultimately need both, and if you're only going to have one, it ought to be the traditional computer.  At least for now.

3. The Cloud.  Ahh the infamous, mysterious Cloud.  What is this mythical beast you've been hearing so much about lately?  Basically it's just a place on the Internet for you to store your stuff.  That's it.  But until typical Internet speeds increase a minimum of tenfold, entirely "cloud-based" computing is way off.

4. CD/DVD and USB Drives are going away.  Uh, not really.  This all relates to the whole "Cloud" thing.  But installing the new Mac OS X Lion via the web was downright painful and Apple made the OS available on flash drive.  Sure there's less use for these devices than before with collaboration services like Dropbox or Mesh becoming all the rage, but again, until Internet speeds really pick up, those discs and flash drives will still come in handy.

5. 32-bit vs 64-bit.  This one gets people all kinds of confused.  The big one is RAM usage.  32-bit can only address just a shade under 4GB of RAM.  64-bit can get up to 192GB.  Netbooks can't support 64-bit.  Most of the other stuff really doesn't come into play in any noticeable way to the end user.
6. Windows Versions: Home/Pro/Ultimate.  They're all basically the same.  Unless you're connecting to a corporate network or need more than 16GB of RAM, Home Premium will suit you just fine.  If you need to switch between foreign languages, Ultimate's your ticket.  If you don't use any of these, and you come into the shop with Ultimate, we'll know you pretty much pirated it.

7. Macs have superior hardware.  Certainly looks like it.  But alas, no.  Inside that shiny aluminum case, is pretty much the same generic hardware you find in most PC's crammed together in the same 3rd world factory with substandard working conditions.  They do spend a little more money on engineering and the internal components at least appear to be of higher quality, but from a specs perspective, they're about 3 months behind comparable PCs.

8. Every problem on a PC is a virus. This is a fallacy.  PCs can have more problems than you can shake a stick at so simply lumping them all into the "virus" category is dismissive of all the other possible problems they may have.  Don't get ahead of yourself, Macs can have all of those problems too.

9. You saw a youtube video or saw online about how the repair you need is simple.  But guess what?  They lied.  The repair is not so simple.  Trust me.  It's going to be difficult.  You know what else?  If you run into something they didn't show in the video, you're outta luck.  If it was so simple, you'd have fixed it already.

10. Data Recovery.  You hope you never need it.  It's difficult and there's no slam dunk solution.  It can run anywhere from around $200-$300 for a soft recovery, to much more for a clean room recovery.  If a hard drive is clicking or making some grinding noises, it'll need a clean room recovery at a minimum.  A clean room is necessary because anything small as a spec of dust can render a drive unrecoverable.  Still wondering about data recovery?  Check my post from a few months ago.

21. SSDs or Solid State Hard Drives.  They're awesome.  They're blazing fast.  When they get cheaper, you'll have one.

22. Netbook vs. Ultrabook.  The netbook is cheap and the ultrabook is awesome.  Pretty much sums it up.

23. External Hard Drives are all the same.  Yes and no.  At this point all standard drives are pretty much made by either Seagate or Western Digital in the same Thai factories that got flooded earlier this year.  The enclosures can be made by other manufacturers.  Your odds of them crapping out on you are pretty much the same across the board.  Rule of thumb - the prettier they are, the more likely they are to die on you.  External drives should be used exclusively for backup.  If they're the primary copy of your important data, you're begging for trouble.  See #10 above.

24. Online Backup.  You should use it.  It's free in many cases for a pretty solid amount of data (2GB+), so you really have no excuse.

25. Backup Strategy (or rule of 3).  Have 3 copies of your data at all times.  Ideally you'd have the primary local copy, the backup of that also locally, and an offsite copy.  Your odds of data loss with that strategy are next to 0.

26. External Hard Drive Reliability.  It's not very good.  It'll fail eventually.  If you think your data is safe on it, you're kidding yourself.  See #23 above if you have any more questions.

27. WiFi coverage.  The most expensive router will give you a slight boost over the existing one that ain't cutting it, if any at all.  You need more coverage, there are all sorts of hodge-podge solutions that may work, but don't jerk yourself around.  You want solid coverage, you'll need to run network cable.

28. RAM vs. Hard Drive.  The hard drive, nowadays 500GB and up, is where you store your files.  The RAM, typically 4GB or more, is where the files load as you execute them.  Still have questions?  Re-read section 28 from the beginning.

So there you have it, my leap day special edition.  Now I've got a confession to make.  This was way more work than I'd ever intended.  Coming up with 29 actually useful computer-related factoids made me really dig deep.  I could've totally copped out and made it 29 shortcut keys (note to self, in 2016 publish a leap day list of 29 shortcut keys), but for the inaugural edition, you deserve better.  You, dear reader, make it all worthwhile.  You deserve nothing but the best, but I'm not doing another one of these for four more years so enjoy!