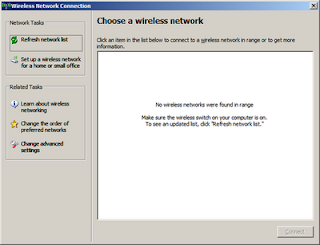 You're living the Los Angeles dream. You've worked hard. Done all the right things. Made a nice life for yourself. Is it so much to ask that you're able to enjoy all the benefits of wireless Internet throughout your ENTIRE home? Well in many cases, it may well be with that single, $30 router you're trying to make it happen with just can't cut it. And you know what else? The $130 top-of-the-line router you begrudgingly buy doesn't seem to get it done either. Upgrading to a faster computer doesn't make a difference either. So what's left to do? Simmer down, I'm about to tell you.
WiFi dead zones are as common as Guinness in Belfast, and just like beer selections there, you've got options with WiFi too. Mmmmmmmm, Beer. 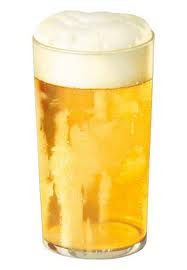 What was I talking about? Oh right, fixing your wireless network. Well, the first and most effective option is going wired. Running network cable to the remote areas lacking WiFi coverage, connecting up a wireless access point, and configuring it to extend your existing wireless network. That's the practically guaranteed fix for your wireless woes, but since it's not always feasible run cable, we'll move on to option two.

Option two is using a powerline or coaxial bridge. These devices use your homes existing cabling to simulate a wired network connection when running cable is not feasible or desirable. You connect one of these bridges close to your router and one where you'd like to extend your wireless, plug network cables into both ends, and if it's all working, you should be good to go. Generally, you'll plug a wireless access point into the bridged end and extend your WiFi just as if you had wired it up directly. Now these devices aren't full proof. Homes with older wiring tend to have issues with powerline brindges and various cable providers split their signals at higher frequencies than coaxial bridges can handle. These are definitely worth a try, but if you're going to give these a go, I suggest getting them somewhere with a decent returns policy, if you catch my drift.

The last option I'm going to discuss is the wireless bridge extender. No doubt you've seen some sort of device online or at some store shaped like a big box claiming to extend your wireless network. Generally they're all garbage, but there is one thing you can do that's effective a majority of the time. There's a great open-source project for wireless router/access points called DD-WRT (www.dd-wrt.com) that'll let you turn just about any router (even the super cheap ones) into a Wireless Bridge/Repeater. Get these within range of the original wireless access point and watch your coverage improve, and it'll let you connect wired devices to boot. It's the same type of configuration Apple provides with its Airport Extreme and Airport Express base stations as wireless bridge/repeaters but at a fraction of the price. But the Apple Airport setup is good too (in case any Apple fanboys/girls are reading and are easily offended).

Another little side note about DD-WRT - it'll let you increase your wireless signal way above the manufacturer-imposed limitations. Whether this is a good thing or not I'll leave up to you and I definitely don't advise bumping it up more than a few db's for fear of frying your router. They're set low for a reason beyond the wimpy FCC and their efforts to ruin your life. I generally don't mess with those settings, so if you decide to, do it at your own risk. If your router starts making weird noises, getting super hot, or plain out smoking, I'd set them back to factory defaults.

So there you have it. Chances are any of these configurations can work for getting you the WiFi coverage you desire. Before too long you'll be enjoying a cold beer and the Internet in even the most remote corners of your home. Don't forget one for the guy who taught you how to do it.

This is your man Stan - always rockin' the Wifi for the free world - Out!